Buying a Moonshine Still? Here are what aspects and what stills to consider.

If you're looking to make true moonshine, the clear unaged whiskey of the Appalachians and beyond, you'll need a good, reliable still.

A moonshine still is often seen as a large copper monstrosity, roughly put together, sealed with rye flour paste, and directly heated over a wood fire, but that was more so a matter of necessity than convenience for old moonshiners.  The old timers didn't want anyone to assemble such a large still for them, leaving knowledge of their intent with someone else, and a possible paper trail to their operation. Building the still themselves would also save money.  They weren't typically still builders or designers by trade, and so the quality and craftsmanship would lack. Of course, there were still builders who did build stills for moonshiners, but those were often well established or steady paycheck shiners with some money to spend.

What features and characteristics are most important in a moonshine still?

I've generally ranked 7 options.  All have positives, but my top pick is the Grainfather G30 with Alembic Dome and Condenser. I find the distillation control allowed by the Grainfather G30 with alembic dome to be great.  It's my personal still of choice. It's also the only still on the list that's also a brewing system so you can cereal mash your cracked corn, or mash any grain based spirits recipe.  It's an amazing mashing and brewing system, so having the feature is nice to have, and may save you time and money on purchasing a separate mash tun.

Please take a look at all options as they all have something valuable they bring. 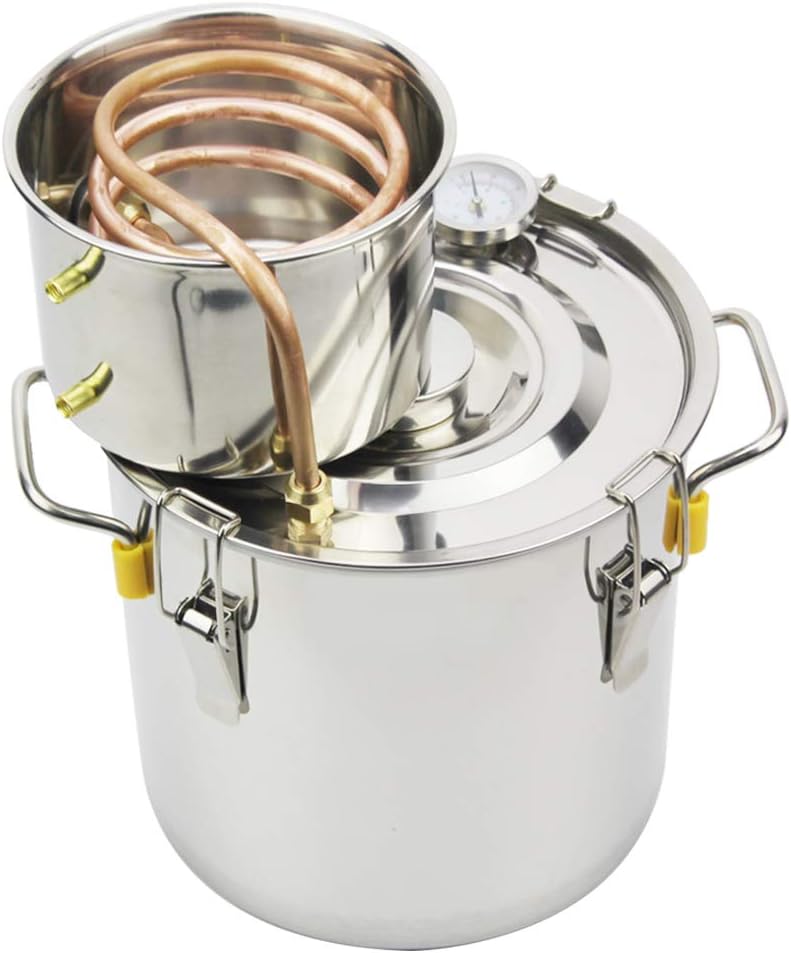 Positives: One of the cheapest ways to start distilling as it relies on a standard modified household kettle. This is practically an alembic still, just with a flat lid instead of a dome, and the flake stand with worm condenser sits on top of the unit, saving space. These typically include a copper worm out of the still boiler.

Drawbacks: You'll need to babysit this still depending on how much control you have over your stovetop. You will also need to connect directly to a sink faucet or a pump with a valve you can control, so that you have some control over your condensing water.  Another drawback is the quality can vary, so be sure to read reviews, and make sure the clamp fits tightly to the boiler.

Positives: A traditional alembic is typically all copper and the ancient design most moonshine still are based on. A tried and true design typically with a decent sized flake stand and worm condenser, making it easier to control the rate of spirit coming out.

Drawbacks: You'll need to provide the boiler heater and be sure the onion bulb on top is sealed well with rye paste or electrical tape... if it's not sealed well you'll lose precious alcohol vapor! As with the above still, you'll need to babysit this still depending on how much control you have over your stovetop. You will also need to connect directly to a sink faucet or a pump with a valve you can control, so that you have some control over your condensing water.

Positives: A great little all-in-one still with heater built in.  It doesn't require water to condense as it uses air to cool the condenser coil in the lid, a big plus for those where water is scarce. Easy to use, and won't need much babysitting during distillation.

Drawbacks: Not a lot of control, and you will want to add some copper to the vapor path.  We've put together a bundle for you to do just this.  It's a bit of a one trick pony, and a bit small, but for those interested that are new to distilling, less interested in still design and having a bunch of features, this might be a still to consider.

Positives: A bit more modular than most stills, this still will give you a bunch of options to tweak and upgrade as you grow in the hobby. It comes with copper packing, which you'll want to use, but cut back on for moonshine making.  It still needs a heater, but between installing an immersion element, or using a propane burner you have some options. You'll want to watch this still during distillation, but if you go with an electrical element for heating you may find it doesn't need to be constantly looked after and tended to.

Drawbacks: There will be a bit of a learning curve in regards to managing your heat and condensing.  You may also need to be outside (which might be a positive) if you're using this with a gas burner of some sort, as most stovetops won't be able to power this size of still.

Positives: A nice priced still head that has a lid that can fit a number of electric boilers and brewing systems like the T500, Grainfather G30, Digiboil, and of course, the BrewZilla.  It's a copper head unit, and has a fairly efficient condenser coil built right in, keeping the size somewhat compact and simple. No assembly of the pot still head required is a nice plus.

Drawbacks: We've put together a package with a boiler and brewing system so those that want to mash your wash from grain can quite easily. Typically the AlcoEngine copper pot still head is sold on it's own.  Not a lot of modularity or capability to play around with different configurations, but if you're just looking for a simple pot still to be used with an electric brewing system that also functions as your distilling boiler, this might be an easy answer for you. Positives: Traditional all copper design.  Offers a number of accessories I'd recommend, especially the controller.  One of the few all copper electric heating (which offers more control) still on the market.

Drawbacks: Some assembly required, and it will be difficult to control unless you get the controller.  Some additional care is needed as it is all copper and not stainless, which is quite easy to care for. 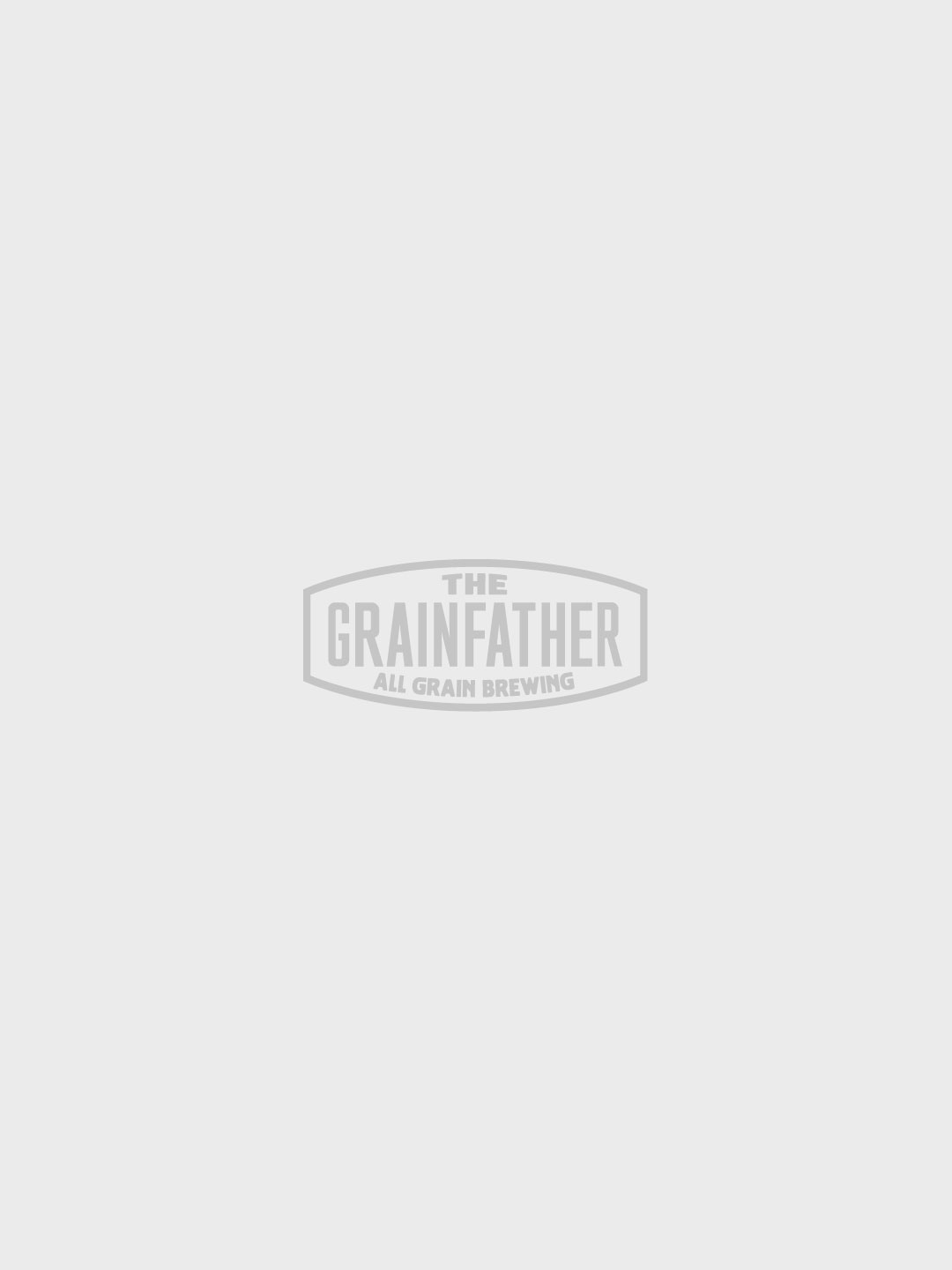 Positives: Possibly the ultimate all-in-one electric still. The G30 with the copper alembic dome and condenser provides voltage control, and has the added benefit of helping with pre-distillation, like full temperature control over cereal mashing or standard mashing of grains like corn and barley used in moonshine. Simple assembly.  Like the AlcoEngine and BrewZilla combo mentioned earlier, it's nice to have a brewing system that can double as your distilling boiler for those that want to mash grains. This system has more control and modularity, including voltage control while distilling.

Drawbacks: More expensive than other stills, with some features you may not use if you're only going to be making moonshine or other spirit from sugar (and not making traditional moonshine from grain.) If so, you may want to consider the cheaper T500 boiler which the copper alembic dome and condenser will fit on.

I hope that this list provides you with a good overview of what to consider when choosing a still for moonshine.  All of these stills will work, and any of these pot stills can be used for other spirits, especially those you will age like whiskey, rum, and brandy.  Many can make gin as well, but be sure the still can accommodate a gin basket, as not all can.  Good luck in you moonshine journey, and happy distilling!